Get a Free Test Now: GET STARTED

Hire top-performing salespeople with The DriveTest®. Get started now with one free test.

Get a Free Test →
Learn More

Home » Blog » How Do You Identify Drive in Sales Candidates?

How Do You Identify Drive in Sales Candidates? 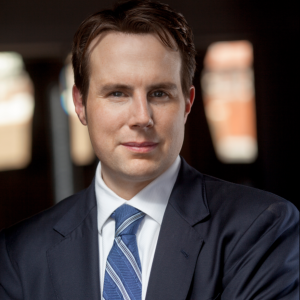 We now know through research that most successful salespeople are high in Drive.

Now the obvious question is, “How can I be sure when I hire my next sales recruit that he or she has this key personality trait?”

Identifying Drive before hiring is critical to ensure that your investment in training, mentoring and deployment will produce the return on investment you expect and deserve.

Weeding Out the Bad Seeds A bad salesperson is like a stubborn weed in your garden. It insists on stealing valuable time and resources that could be spent on more vital and productive plants.

The first step to weeding out the bad seeds during the hiring process is conducting a strong resume review and phone screening.

This should happen prior to sales testing and interviewing, which we will discuss in a minute.

Remember, your first job is to get as many pretenders out of the recruiting pipeline as early as possible so that they do not waste any more of your time and money in the next steps.

Certainly a good personality test will root out bad seeds a little later in the process, but the more you can weed out early on — the obvious mismatches right out of the gate — the less you will have to spend on sales recruiting thereafter.

There is a plethora of resume templates available for free online and services that assist candidates in “spinning” their experience to be more valuable than it actually is. What you need to look out for on all resumes are certain “red flags.”

A careful look at a resume will alert you to factors that may indicate less Drive than the candidate would like you to believe he has.

Many salespeople will have one or two short-lived positions when they are fresh out of school.

We can allow this as a natural part of building early experience and finding one’s sea legs in the world of sales. However, past the first few positions, a pattern of moving to a new job every few years can be cause for concern.

The job hopper may have an issue with loyalty, discernment (vetting their opportunities carefully) or poor performance.

As we know, the best predictor of future behavior is previous behavior, so be sure to carefully clarify the reasons for these moves if you wish to consider the candidate further.

A common mistake many growing companies make is falling in love with a candidate with substantial experience at a large firm with national or global name recognition. No doubt, the candidate may have a great resume and history of success.

But, be sure to clarify the reasons for the candidate’s previous success . . . did it result mainly from the candidate’s own initiative and perseverance? Or did the brand name and heaps of collateral material provided by the large firm do the heavy lifting, opening doors and allowing the candidate to close more easily?

If so, consider whether he will be ready to move into a “hunter” role for a growing company without that same level of brand recognition. You may be better off aiming for candidates with a track record of success in a company more similar to yours in size.

This seems like a no-brainer, but in the age of Twitter, it can be easy to get accustomed to spelling and grammar mistakes in our communication. However, the resume is a document that warrants substantial review and proofreading.

This is the candidate’s opportunity to make a strong first impression. If the candidate’s “best foot forward” is a document with several typos, rest assured that once they have the job, this pattern will not improve. Candidates high in Drive, particularly Need for Achievement, will proofread their resumes carefully.

Now let’s say that the resume passes our initial sniff test, and we want to talk to this person by phone to see if he warrants taking a sales test and, ultimately, coming in for an interview. Again, there are some basic questions we like to ask that give us some preliminary indications of Drive.

Question: What kinds of sacrifices have you had to make to be successful?

Look for: Substantial past sacrifices for success at work (time, other pursuits, etc.).

Question: When was the last time you were competitive at work?

Look for: The candidate may talk about an intense competition with his  coworkers or competitors for a prospect. He will also describe the situation as enjoyable and motivating.

Question: Tell me about a sale where you remained persistent, even though everyone else around you had given up.

Look for: Stories about remaining resilient and sticking to his guns, even after a prospect blew him off or his colleagues decided the situation was hopeless. If he lacks sales experience, he will tell you about other incidents at work or school where he remained true to his convictions. At this point, if the resume seems to stand up and the person is checking out over the phone, it is time to administer a rigorous sales personality test, to see if Drive emerges as a foundational trait in your candidate.

Many people will argue that testing takes the human element out of the recruiting process but actually it is just the opposite.

Remember, at this point, you are going after Drive and a good sales test can pick that up with as high as 80% accuracy.

Once you have that certainty in place, you can then go on to really get into the nuances of the position: your company’s culture, your management style and all of the other important elements that go into sales success at your company.

The point is, these elements are all pretty much moot if the candidate is not high in Drive, and since less than 20% of the general population actually is high-Drive, it is a HUGE advantage for a hiring manager to determine this first.

How Do You Weed Out Bad Sales Candidates?

How Do You Identify Drive in Sales Candidates? was last modified: January 15th, 2013 by SalesDrive, LLC

Hire top-performing salespeople with The DriveTest®. Get started now with one free test. There are many different types of sales compensation plans to choose from; each one is designed to motivate salespeople differently.
Read More Onboarding Salespeople: Getting New Sales Reps Up to Speed Quickly

As the sales team manager, it is your responsibility to ensure that new sales reps are properly onboarded and trained.
Read More

Hire top-performing salespeople with The DriveTest®.

Get started now with one free test.

Get a Free Test →
Learn More